After I saw the man swim away, I turned to the boy. I wanted to know if he was on my side. I turned the boat towards the continent. I needed the man in the water to think that we were going in that direction. But of course, I had something else in mind. After I couldn’t see him, I turned the boat to the barbarian coast. This was dangerous because the barbarians⁽¹⁾ could attack us, but pirates would not follow us there.

I changed the direction after it got dark. I tried to keep close to the shore. The wind was good, and we were gone from the pirate lands the next day. Still, I was really afraid of them. I didn’t want to get caught⁽²⁾ by them again. I was so scared that I didn’t let the boy stop the boat for five days. The wind changed during the sixth day and I felt safer. I let the boat go close to the shore. We stopped in the mouth of a little river⁽³⁾.

I didn’t know where we were. All we wanted was some fresh water. We waited till it was completely⁽⁴⁾ dark. We were hoping to swim to the land and get some fresh water, but we started hearing horrible noises. The boy didn’t want to go to the shore anymore. We stayed on the boat but we couldn’t sleep. Some animals came to wash themselves in the water. They were making terrible noises.

The boy was extremely frightened⁽⁵⁾ and so was I. We were even more terrified⁽⁶⁾ when we heard that one of the animals started swimming towards us. The boy asked me to sail away, but I didn’t want the animal to follow us. Instead, I took one of the guns and shot at the beast⁽⁷⁾. It turned around and swam to the shore. All the other creatures⁽⁸⁾ heard the gunfire and got scared. They had probably never heard a gun before. We left all hopes of getting water during that night. We stayed on the boat until the morning. 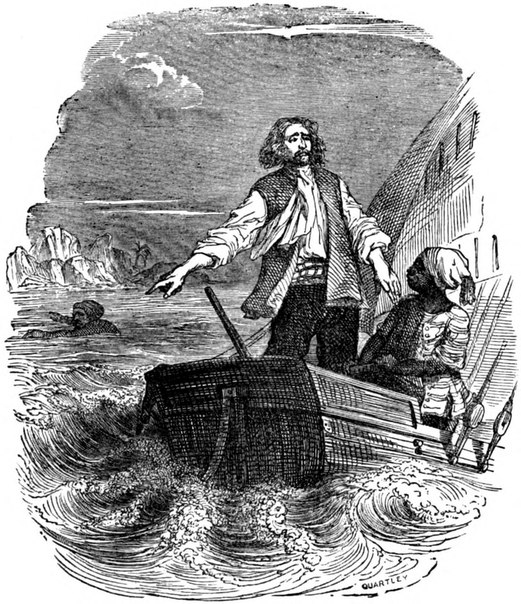 • « The trip was a delight. »
Путешествие было настоящим наслаждением.

• « I am delighted with my new house. »
Новый дом мне очень нравится. 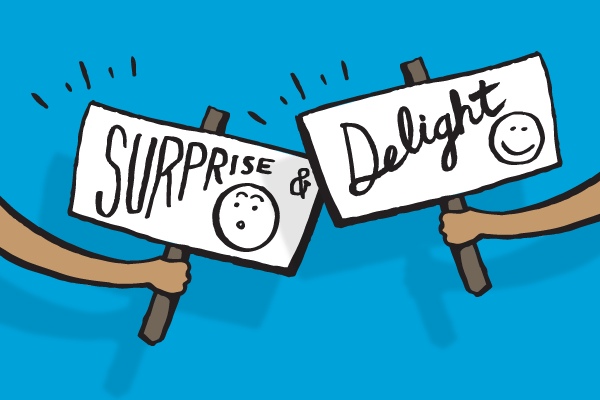 Upside down⁽¹⁾ house in Taiwan. In Taiwan, There is a special house. It is upside down

It is fully furnished⁽²⁾. It has real tables, chairs and dishes. It even has a car.

Hundreds of people visit the house. It is in the American country style. When you are in the house, you feel like you are in a film, such as “The Exorcist” or “Spider Man”. 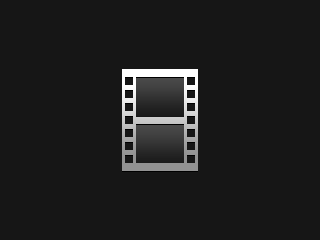 The cars are not cheap⁽¹⁾.

Tesla introduces⁽²⁾ a new car. It calls it the Tesla Model 3. The car costs 35,000 dollars. It is much cheaper than the other Teslas. 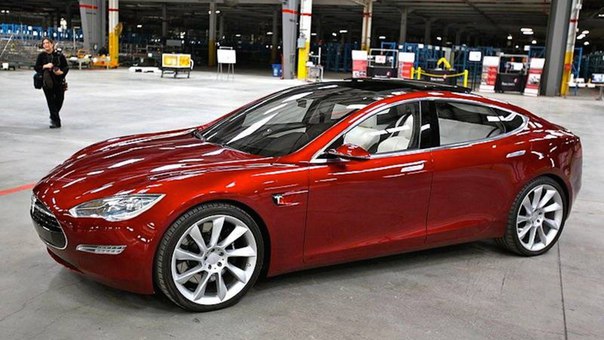 Robinson Crusoe – Chapter 5 (simplified English). I was young and strong

I became a slave⁽¹⁾ to the captain of the pirates. I felt very sad, but this was only the beginning of my troubles.

My new master was a captain and I wanted to go to sea with him. Why? I wanted him to be killed. This would mean that I’d be free. But this never happened. When my master left, I looked after his garden. It was like this for two years. I wanted to run away.

My master sometimes took me with him when he went fishing. Another young man and I helped him fish. Sometimes, we were fishing with someone from his family. We used a small boat.

One morning, when we were fishing, we got lost. There was a thick⁽²⁾ fog⁽³⁾ and we could not see anything. We were trying to get to shore⁽⁴⁾ the whole day and night. We made it to land the next morning.

After this happened, my master told us to use a bigger boat. It was more comfortable. The boat had a room in the middle of it. One day, my master told me to put more food and drinks on the boat. He told me to get some guns too. He was awaiting important⁽⁵⁾ guests who wanted to go fishing with him. They also wanted to go hunting after the fishing. However, the guests never came. And so, my master’s friend, I and the boy went fishing as usual.

I was going to escape⁽⁶⁾ and I had a plan. I did not prepare the boat for fishing. I prepared it for my journey. More food was brought onto the ship. I got a rope⁽⁷⁾, a hammer, wax⁽⁸⁾ for making candles and also some bullets. I lied to my master’s friend to make him bring more things.

Soon, we were out at sea. I acted like I could not catch fish. This way, I made the others believe that we had to go further⁽⁹⁾ out to the sea and we did. At one point my master’s friend went to the front of the boat. I quickly pushed him overboard. He tried to swim back, but I did not let him. I didn’t trust him. I told him to leave and he did. I had a gun pointed at him. 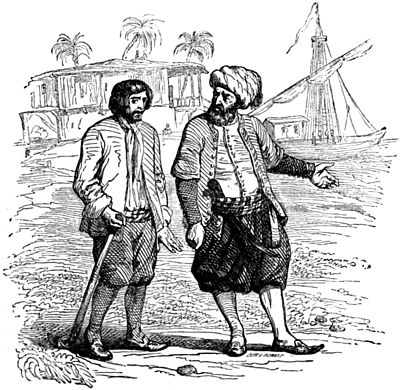 People go to a temple⁽¹⁾. It is close to Bangkok. People get tattoos in this temple. Monks⁽²⁾ make the tattoos.

People believe that the tattoos have special powers. One man is doing really well in his job. He is also in a car crash but he is fine. He says that this is because of his tattoo.

There are five Buddhist⁽³⁾ rules⁽⁴⁾. You must not break these rules. First, you must not kill anyone. Second, you cannot drink alcohol or take drugs. These are examples. If you break the rules, your tattoo does not work.

However, you can make a mistake. You can come to the temple again. You can get a new tattoo. You can try again. 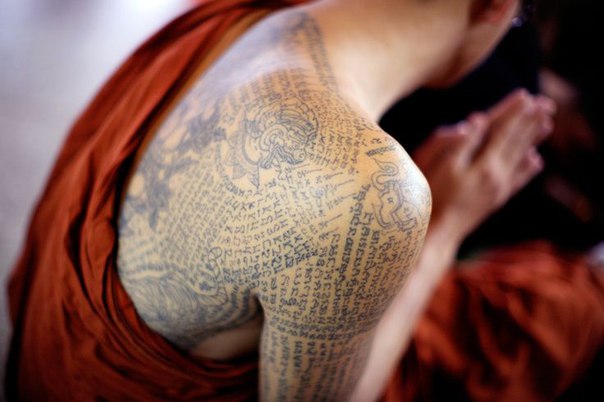 WHY THE CAT IS ALWAYS IN THE KITCHEN. A little grey cat lives in the forest

She is very weak⁽¹⁾ and she is afraid of the forest. The cat is afraid of many animals and birds. So she wants to have a good friend who will protect⁽²⁾ her.

Suddenly she sees a fox and thinks, «This must be the strongest animal, I shall follow him and he will protect me.» And the cat follows the fox.

But then a lion comes and the fox runs away. He is afraid of the lion. The cat looks at the lion and thinks, «This must be the strongest animal. Even the fox is afraid of him. So I will follow the lion and he will protect me.» And the cat follows the lion. When the animals and the birds see the lion, they all run away as quickly⁽³⁾ as they can. They are afraid of the lion. And the cat thinks, «Yes, the lion is the strongest animal. All the animals and the birds are afraid of him. The lion will protect me.»

Then a man with a gun comes to the forest and the lion runs away from the man. The cat looks at the man and thinks, «The man is stronger than the lion. He can kill the lion. I will follow him and he will protect me.» So the cat follows the man and comes to his house.

When they come home, they see a woman. The woman says to the man, «Wash your hands and go to the kitchen. We shall have dinner.» The cat looks at the woman and thinks, «She makes dinner, she feeds a man. So a woman must be better than a man. I follow her and she will protect me.»

The cat follows the woman and comes to the kitchen. The cat likes the kitchen. It is a nice big kitchen and she stays there.

That is why the cat is always in the kitchen. 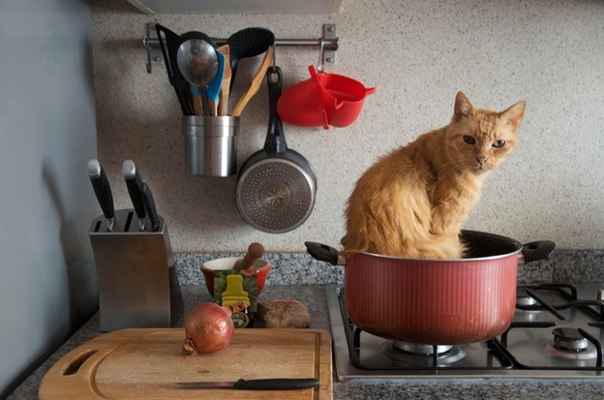 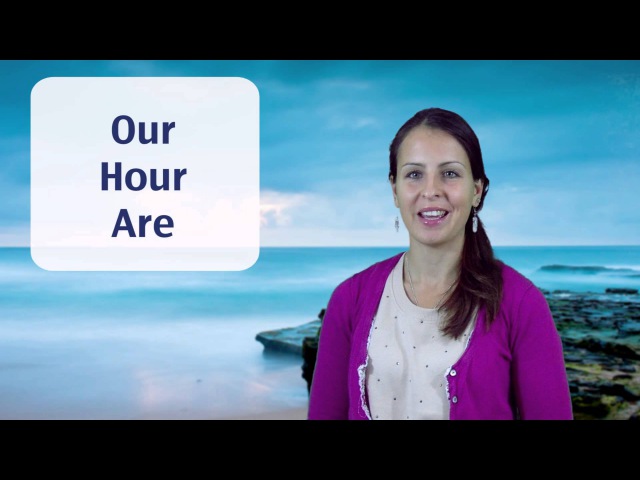 Educational joke about Dog and Cat. 😼 🐶 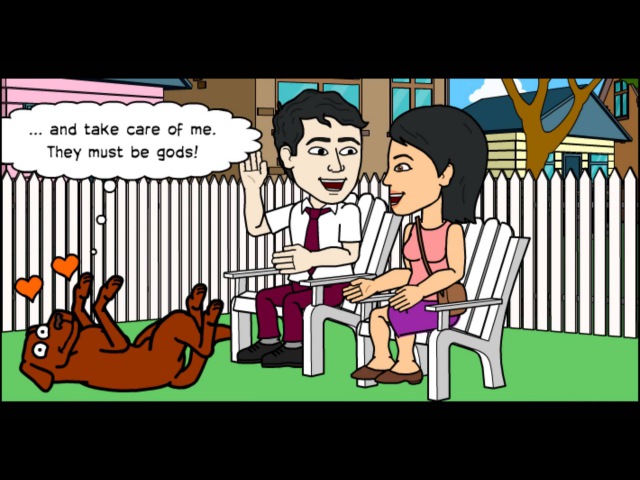